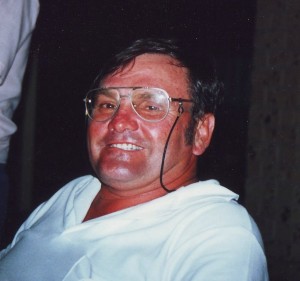 John and Robyn Morgan with their young family Paul 5 and Michelle 3 started their earthmoving business in Parramatta in 1975 , starting out with just a Truck and Grader with Robyn looking after the books their business grew quickly over the first few years, but after a car accident that cost John his eye and almost his life they decided to slow down the pace. 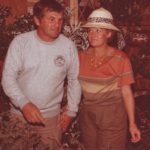 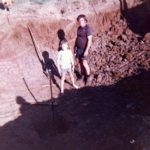 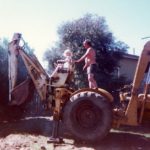 After a holiday in 1980 to Ballina they packed up their family and relocated, John brought with him his Truck, Grader and Backhoe (and a community of friends… little Parramatta in Shaws Bay!) and again it didn’t take long for his business to grow in machinery and men, including family and lifelong friends, a demographic that has stayed till the present day.

In 1990 the Shed at Racecourse road was built and by this time J&R Morgans had grown in employees and had numerous pieces of machinery, they had forged themselves a respected civil works company in the local and surrounding areas, John was also well known for his sponsorship of local sports and community events.

In 1993 Michelle after working as a secretary for a local accounting firm came to join Robyn to work in the office, not long after this Robyn left her position. Paul came and went between stints at university learning the ropes from the ground up. 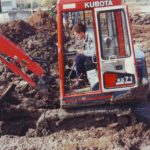 In 2000 Paul started his own company PJM Civil in the Mullumbimby/Byron area with a focus on civil pipeline works, this complemented J&R’s earthworks and they came together on many projects.

In 2005 due to ill health with the help of Michelle’s commitment to the company John started to take on a more back seat role.

John passed at the end of 2007, his funeral was held in his much loved Ballina Seagulls Leagues Club, it was a tribute to a much loved family man and a pillar of the community, people were spilling out onto the grounds where pieces of his favourite machinery were parked.

Michelle and her husband Gavin Pearce took on the running of the company and were later joined by Paul and his PJM Civil crew.

Paul and Michelle became the co directors and owners of J&R Morgan Earthmoving in 2009 now known as “Morgans” The Company now with over 50 employees has seen steady growth and major structure changes including the introduction of state of the art GPS surveying systems and a Nationally Certified IMS Integrated Quality-Safety-Environment Management System.